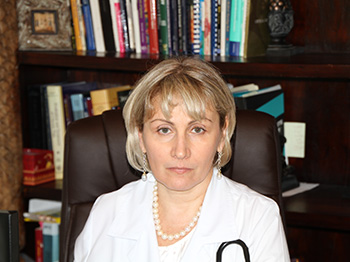 Olga A. Katz, M.D., Ph.D. has completed her M.D. at Kishinev State Medical School in 1984 and became engaged both in clinical and research activities. Her research into the physiology of the brain lead to numerous scientific publications and presentations and defense of her Ph.D. in 1993 in Neuro-Endocrinology and Neurophysiology.

Dr. Katz co-authored multiple chapters in professional monographs in Neurology of Sexual Dysfunctions, as well as chapters in textbooks for Disability Examination, Expert Witnessing and Independent Medical Examination for Law Education from the perspective of Neurology. Some of these chapters are available for free preview at Google Books.

Dr. Katz specializes in diagnosing and treating rare conditions, especially the ones that have only a few cases in the world.

In 1997-1998 she performed scientific research as a Fellow at the Department of Ophthalmology of the University of Utah Medical School, looking into ways of protecting neurons and retinal cells from damage induced by free radicals. She presented her research at scientific meetings and became member of the international Association for Research in Vision and Ophthalmology (ARVO). She used this opportunity to became highly proficient in the field of Ophthalmology and completed an additional year of post-graduate training as an intern at the Hospital of the University of Utah in 1998-1999.

In 1999-2003 Dr. Katz continued her post-graduate training as a resident at the highly acclaimed Neurology program at Thomas Jefferson Hospital, where she strengthened her clinical expertise learning from acclaimed specialists such as Prof. Eliott Mancall (Department Chairman), Prof. Rodney Bell, Prof. Stephen Silberstein and others.

Upon finishing her Post-graduate training, Dr. Katz joined Neurology and Neurophysiology Associates, a large practice in Center City Philadelphia and became Clinical Instructor of the Department of Neurology at Jefferson.

In 2004, after successfully passing rigorous examinations, Dr. Katz became a diplomate of the American Board of Psychiatry and Neurology. She has also been admitted as Member of the American Academy of Neurology.

She has been named Physician of the Year (2005) by the RNMC. For her international humanitarian work providing pro-bono medical care and evaluations to patients in the underdeveloped countries she has received the 2008 Award for Kindness and Generosity from STS International Charitable Organization.

In 2009 Dr. Katz established her solo practice at 822 Pine Street in Philadelphia and since then continues to diagnose and treat neurological patients at this convenient location. 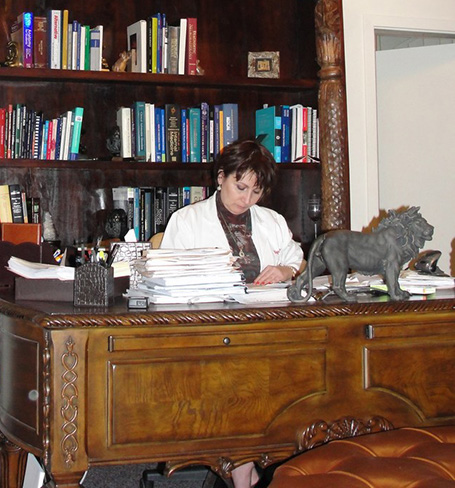 Manage your health from the comfort of home